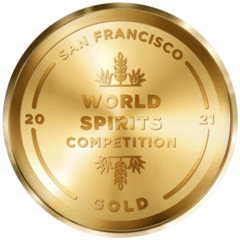 Held annually since 2000, SFWSC is the world’s oldest, largest, and most respected spirits competition showcasing both well-known & masterfully crafted spirits products from around the world. This year’s competition saw a distinguished panel of more than 40 expert judges undertake blind tastings of more than 2,500 entries over three weeks.

Each entry is separately and independently reviewed, with each judge bestowing double gold, gold, silver, bronze, or “nolo” status in the evaluation process. The prestigious “Double gold medal” designation is given only to beverages that receive a unanimous golden acclamation from all members of the panel of judges.

Saba Grappa is the first Grappa made in Bali, distilled using copper alembic. The newest entrant on the Bali beverage scene is this exquisite Italian-style brandy made in meticulously crafted small batches resulting in subtle toast and vanilla undertones in a drink that is smooth, floral, and elegant. Unanimously lauded by the panel of SFWSC judges for its outstanding qualities, Saba Grappa was awarded the competition’s ultimate accolade of a Double Gold Medal.

Launched onto the Indonesian beverage market only four months before the San Francisco Competition, Saba Vodka Infusion’s outstanding quality and quintessentially flavorful use of nutmeg-derived mace and cubeb peppers (tailed peppers) have made this product an instant hit in Bali and other Indonesian markets. Equally impressed, the judges at SFWSC christened and cheered the distinctive “Spice Island nuances” of Saba Vodka Infusion, citing its attractive and appreciable flavors and confirming their positive appraisal by granting a Bronze Medal.

Upon hearing the news from San Francisco confirming the latest additions in a long list of accolades and awards won by Sababay, the founder of the Winery and Distillery, Mrs. Mulyati Gozali, commented: “We are aiming to bring the best from Indonesia to the world. These awards bring pride to the Nation and serve as an inspiration to all creative Indonesians to explore their agricultural potential.”

Offering a wide range of wines and spirits, Sababay Winery and Sababay Distillery Products are found in selected bottle shops, leading restaurants, and bars in Bali, Jakarta, and leading cities across the Nation. What started as wines from the local grape farmers in the north of Bali has now turned into an award-winning collection of wine and spirits with high-quality Indonesian local ingredients.

Established in Bali in 2010 to help local grape farmers benefit from the Island’s fast-growing tourism sector, Sababay Winery formed an economic partnership with 180 North Bali farmers to create a sustainable existence from planting grapes to be purchased for the production of wine. In less than a decade, Buleleng Regency grape farmers had managed to successfully produce superior grapes and earned incomes that had increased tenfold.

On this remarkable journey, Sababay built a state-of-the-art winery on a 2-hectare site in Gianyar Regency. The Company also earned the patronage of connoisseurs both in Indonesia and now produces wines that have won more than 40 International Awards and Recognitions, including part of the collection at La Cité du Vin – the Largest wine museum in the world located in Bordeaux, France.

Recently, Sababay launched Sababay Distillery on the 10th Anniversary as the next chapter of their story – a celebration of diversity, heritage, and craftsmanship, distilled into crafted spirits of Indonesia.