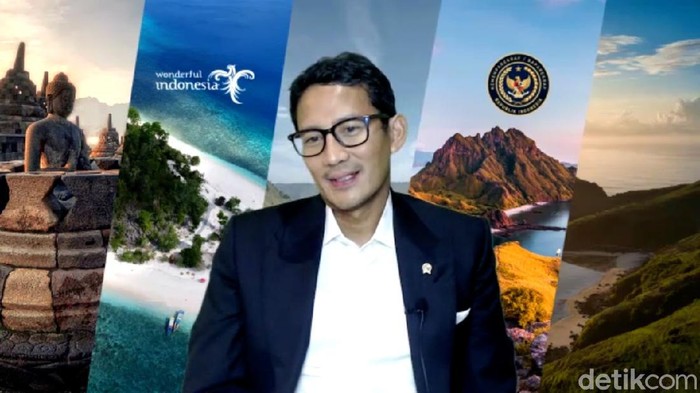 Receiving widespread coverage in the Indonesian press, Indonesia’s Minister of Tourism and the Creative Economy, Sandiaga Salahuddin Uno, has busted possible misconduct those handling an international visitor forced to quarantine in Jakarta before continuing to a Bali holiday.

Sandiaga tells of the experience of a Ukrainian female tourist brought to his attention via an email sent by the affected tourist. The Ukrainian woman, accompanied by her 6-year-old daughter, had completed the required quarantine in a Jakarta hotel. Preparing to end the quarantine and showing no symptoms of COVID-19, the family underwent a PCR Swab test organized by reportedly by the hotel.

Quoted by NusaBali, Sandiaga said via his Instagram account on Saturday, 29 January 2022: “Last week I received a report from a Ukrainian tourist that she and her daughters planning to holiday in Bali encountered a problem. On the last day of her quarantine in a Jakarta hotel, they were told that a PCR test performed before leaving the hotel showed a positive result for the Coronavirus.”

Certain that the test result was incorrect, the Ukrainian tourist immediately requested a new PCR test. Strangely, the hotel refused to allow them to undergo the requested re-test administered by anyone other than the official quarantine facility officials. The Bali-bound tourists were then offered a costly extension of their quarantine stay at the hotel. Feeling they were being cheated, the Ukrainians reported the case by email to the Minister of Tourism.

Continuing, Minister Sandiaga said, “I immediately ask for assistance so they could take a new PCR test because of their suspicion that the results were incorrect.” The Ministry’s team intervened, new test with a negative result showed the Ukrainians free of the COVID-virus. As a result, the Minister affirmed that the tourists were now free to holiday in Bali.

“This was is concrete proof of the rapid response from @kemenparekraf.ri to BUILD THE ECONOMY and save JOBS in the tourism sector. We are trying to bring justice and provide peace of mind for tourists. Don’t let tourists get a negative impression (of Indonesia) because this will certainly tarnish the reputation of tourism and the Indonesian nation,” said Sandiaga.

Posting on Instagram, Sandiaga said: “Alhamdulillah, the problem has been quickly resolved. They (the Ukrainians) are currently enjoying Bali tourism. I hope that in the future there will be no more tourists who have such an unpleasant experience.” The Minister also warned that he would not hesitate to take firm action against those attempting to take unfair advantage of the current pandemic situation by damaging the good reputation of Indonesia.

After being accompanied in the hotel check-out process by Ministry officials, the Ukrainian woman sent a follow-up email to thank the Minister for his quick and effective follow-up of her complaint.

The Deputy-chairman of Commission X of the Indonesian House of Representatives (DPR), Dede Yusuf, said he was aware of widely reported suspicions that trickery was used on a Ukrainian tourist staying at a Jakarta quarantine hotel. On Saturday, 29 January 2022, Yusuf said that he hoped the Ukrainian would file a formal police complaint that would allow police to investigate the suspicious incident.

As reported by detik.com, Jusuf said that if the identity of the officers involved in the quarantine trickery could be determined, penalties and punishments must be meted out accordingly. The DPR member insists that the case be investigated thoroughly to prevent damage to the reputation of Indonesian tourism.