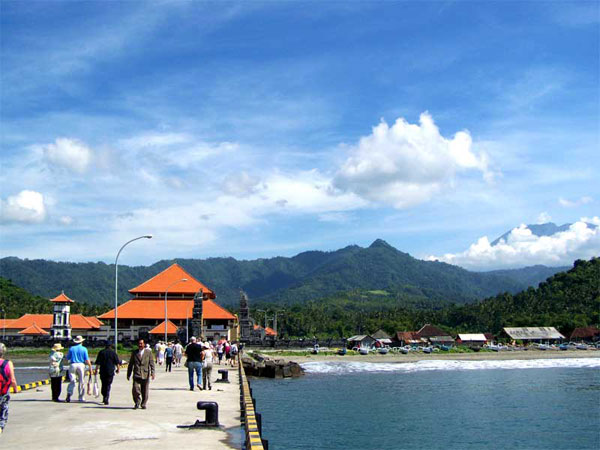 As reported by Beritabali.com, the Tanah Ampo Pier in Manggis, Karangasem, began functioning as departure and arrival port for vessels between Bali and Gili Mas commenced on Saturday, 06 February 2021.

A representative of the Padangbai Portmaster’s Office, Ni Luh Putu Eka Suyasmin confirmed that the operation of Tanah Ampo as the gathering port for sea transport to Gili Mas was in accordance with the National Port Plan.

Suyasmin explained the purpose and function of a “gathering port” (Palabuhan Pengumpul) to serve domestic sea transportation for medium-sized cargo vessels and passenger transportation traveling between different provinces within Indonesia.

One day before Tanah Ampo’s formal inauguration as a gathering port, a trail operation was held on Friday, 05 February 2021, when a Kapal City Line Vessel departed for Gili Mas.

When Ni Luh Putu Eka Suyasmin was asked what had become of plans to operate Tanah Ampo as an international cruise port, she responded that the Tanah Ampo Pier’s Operational Permit did not mention cruise ship operations. And, in any case, the number of cruise ships coming to Bali during the ongoing global pandemic is next-to-zero, with any arriving cruise ships directed to Bali’s southern port of Benoa.