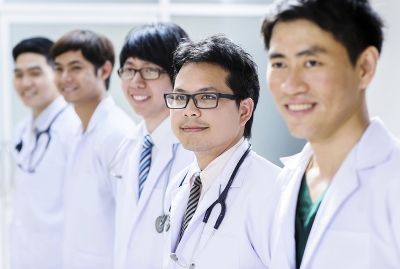 The Coordinating Minister for Maritime Affairs and Investment, Luhut Binsar Pandjaitan, confirms that the Government is now examining developing medical tourism in Indonesia.

As reported by Kompas.com, the Government’s desire to develop the Tourism Industry encompasses travel connected with medical treatment, fitness, and wellness. Through an expanding portfolio of available services and greater access to quality medical care, Indonesia seeks to enhance national self-reliance in its medical sector.

A spokesperson for the Ministry, Jodi Mahardi, told The National News Agency Antara on Wednesday, 19 August 2020: “Based on data provided by Price Waterhouse Coopers (PwC), Indonesia generated 600,000 travelers seeking medical treatment in 2015, the single largest market of its kind in the world.”

Continuing, Mahardi said, “Generally, patients seek medical treatment abroad because of the limited capabilities of the domestic medical community to treat and cure particular illnesses.” In recent years, Jodi related how many Asian countries, such as Thailand, Singapore, India, Malaysia, and South Korea, have developed their medical tourism products.

Annually, many Indonesian nationals seek medical treatment overseas based on data released by Indonesian Services Dialog (ISD), spending “fantastic” sums of money in the process. According to Mahardi, the feasibility of developing Indonesian medical tourism represents a viable and worthwhile development target. Because the global demand for medical tourism continues to grow with each passing year, Indonesia will reap a multitude of benefits if it manages to create a competitive medical tourism industry.

Citing some of the benefits that await a well-developed medical tourism industry in Indonesia, Jodi said: “For instance, the diversification of the national economy, the ability to attract foreign investment, the creation of new fields of employment, the advancement of the quality of national medical care, and the ability to prevent medical care from flowing to other countries offering better care.”

“To support the medical tourism industry, the Indonesian Government support is needed to undertake massive promotion and the development of supporting facilities,” Jodi noted.

The Ministry official commented further that the building of international hospitals and employing specialist doctors from overseas is one part of plans to create Indonesia’s medical tourism sector.

Jodi said the foreign doctors allowed to work in Indonesia will only be specialists practicing in fields that do not yet exist in-country and will be required to work in teams with local physicians. Adding: “We will not arbitrarily allow doctors from abroad to practice in Indonesia.” Defending this approach, he claimed that by allowing foreign doctors to practice in Indonesia, the number of Indonesians who travel abroad for treatment would be reduced, resulting in foreign exchange savings for the Nation.

In conclusion, Jodi said the hope of the Coordinating Minister Luhut Binsar Pandjaitan was to prevent Indonesia from losing valuable foreign exchange. He elaborated further, stating that Indonesian hospitals will be able to cooperate with foreign hospitals in countries that generate many visitors to Indonesia, such as Australia. Adding: “The Government will take a role in undertaking massive promotion (of medical tourism) and by creating supporting facilities and incentives to bring the proposed medical tourism sector into realization.”