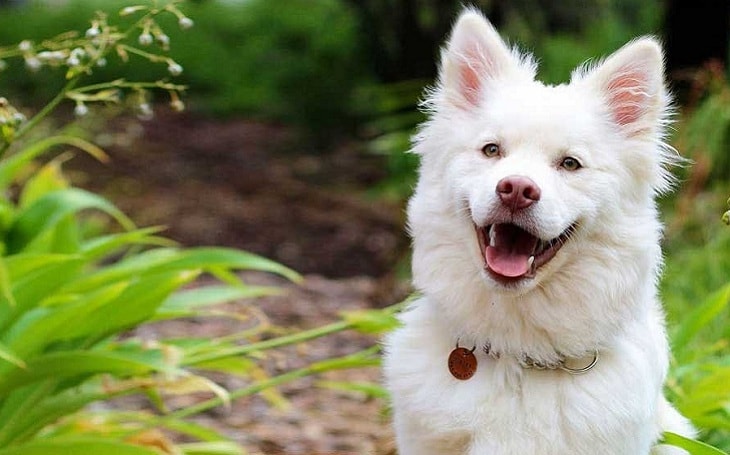 The Fédération Cynologique Internationale (FCI) – a global federation of kennel clubs, has recognized the Anjing Kintamani or the Kintamani Bali-dogs as a recognized breed in 2019.

Extraordinarily territorial and semi-feral, the Kintamani Dog can often “select” families and households where they come and go at will. Despite having a nomadic bent, Kintamani’s can be fiercely loyal, protecting a home or its livestock.

Scientific studies using DNA have linked the Bali street dogs and Kintamani dogs to other Asian breeds and the Australian dingo with genealogical links that trace back at least 3,000 years.

A long-haired breed that resembles a Samoyed or Malamute, many breeders ascribe the animal’s distinctive pelt to the tradition of housing the pups in mountain caves that arguably influence the breed’s long hair, broad profile, flat forehead, and flat cheeks that that is not unlike a Chow Chow. A handsome and affectionate breed especially to those who care for them, Kintamani’s are considered excellent pets that are gentle with those they love but noisily (if not viciously) assertive with those who transgress their territory.

Because of the thick, long coat, the pronounced snout, and pointed ears of the Kintamani, the FCI has classified the Kintamani as a “Spitz Breed” – a name that derives from German, meaning “sharp” or “pointed.“

A medium-sized dog, the Kintamani can weigh between 15-18 kilograms and stand 49 to 52 centimeters high, depending on sex, with the males slightly larger than bitches. Life span, with good and loving care, can cover 14 years.

Indicative of the feral nature and dingo ancestry of the Kintamani, these dogs can often be found resting sitting atop high walls or roofs, behavior rare among other breeds.

Before the global pandemic, the Regency of Bangli, the home to the Village of Kintamani, held an annual Kintamani Dog Show intended to promote the breed. Regency officials have encouraged breeders to establish standards and guidelines for the Anjing Kintamani and create pilot breeding centers in selected villages.