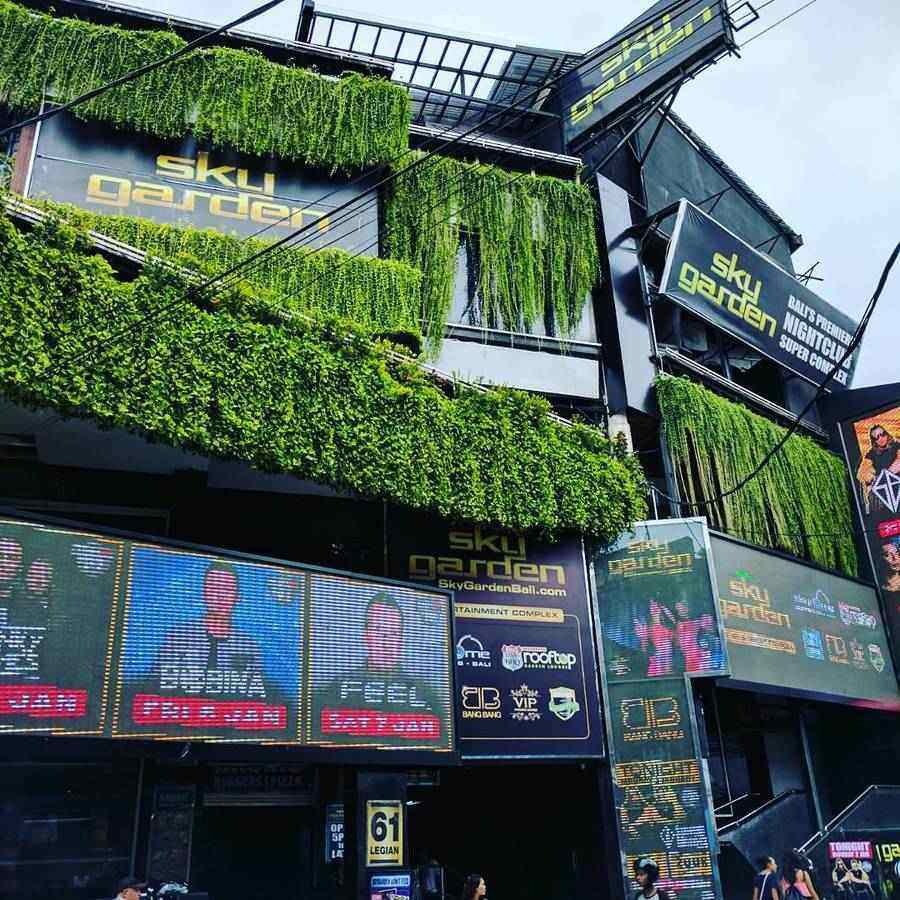 RadarBali.id and social media are awash with news of the Sky Garden Bali’s reopening. After an extended period of closure, the nightspot reopened on 23 December from 10:00 pm until 4:00 am the following morning. During the initial reopening night, the mandatory first drink charge of Rp. 100,000 was waived with all comers admitted without charge.

The nightspot also planned a special Christmas Party for 25 December 2022.

Meanwhile, the Head of Badung Regency’s Investment and One-Door Coordinated Services (DPMPTSP), I Made Agus Aryawan, said no formal request has been received or entered into the computerized systems from the owners or management of Sky Garden Bali to reopen. “It is as though there has been no filing for a new permit,” said Aryawan.

Aryawan warned that before The Sky Garden Bali reopens, it must settle any outstanding legal cases against the Company. Investigations will also take place to discover the actual ownership of the land and the building that houses the large night place. A review will also be undertaken, checking to see if all corporate registration, licensing, and financial requirements are in order needed for an Indonesian or foreign national to operate a business. Aryawan cautioned: “All rules and regulations must be followed.”

Similarly, the Traditional Head (Bendesa Adat) of Kuta, Wayan Wasista, has been contacted by the management of Sky Garden Bali. The Company’s management has asked to meet Wasista. Wasista is unclear as to the purpose and agenda of the proposed meeting and is also uncertain if the Company is now registered under a new name other than Sky Garden Bali.

Wasista insists he has no personal presumption of wrongdoing towards any business, providing all the rules are followed, and the necessary licenses and permits are in place. Referring to past problems from the Sky Garden Bali, the Bandesa Adat admitted that sometimes music amplification is too loud and operating hours exceed stated limits.

The head of Satpol PP Badung, IGAK Suryanegara, said his officers were seeking clarification on the Sky Garden’s permits and licenses. There is some speculation that new foreign investors have applied for an operating permit, divorced from the earlier operations of the nightspot.

The “former” Sky Garden reportedly has an unpaid tax bill of Rp. 14 billion. In addition to unresolved tax issues, in recent years, the Sky Garden Bali has become the focus of police actions on numerous criminal charges that include fraud; the failure to hold the proper licenses; unpaid debt to suppliers, and continuing ownership conflicts among company directors.

The Company has been accused of “ganti baju” or changing its registered owner to sidestep debt and tax obligations. Such steps are legally highly suspect, with successive owners of a company acquiring both the assets and liabilities of the former owners. In 2020, Titian Wilaras, listed as the owner of Sky Garden, was arrested for embezzling money from a Bali banking institution – BPR Legian.