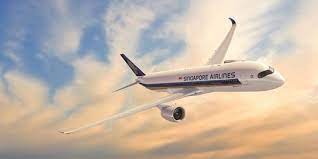 There may be news of a nascent recovery underway for Bali tourism from Singapore Airlines (SIA). Before the global pandemic, SIA was widely hailed as the “world’s best airline” by Skytrax and other leading travel surveys.

Also, in pre-pandemic times, SIA represented a lead player in the number of tourists flying to Bali and the rest of Indonesia via its home hub and its global route network.

The good news indicating a “return to travel” comes from routesonline.com, which reports that SIA is resuming a “fifth freedom” route that the airline abandoned 13 years ago connecting Singapore (SIN)-Taipei (TPE)-Los Angeles (LAX) on 25 August 2021.

Operating this route on a “fifth freedom” basis means SIA can sell tickets to and from SIN-LAX, LAX-TPE, and TPE-SIN.

Plans are for the new service on SIA to be operated three times a week using Airbus A350-900 aircraft in a three-cabin configuration.

Quoted by routesonline.com, Joey Seow, SIA’s regional VP for the Americas, said: “With this new service, SIA continues to demonstrate its commitment to rebuild and grow our US route network.”

Proving the world is traveling again, the resumption of the SIN-TPE-LAX route, SIA will operate some 47% of its pre-COVID flight frequencies between the USA and the Island of Singapore. This translates into around 9.600 weekly seats between the two countries compared to the 26,000 seats flown in August 2019.

Seow continued: “Our long-term strategy prioritizes flexibility in deploying our fleet, allowing us to move quickly to offer passengers new options for travel as opportunities arise, such as this new service to Taipei.”

The new service between Los Angeles and Singapore will offer same-day connections in both directions with the Indonesian capital of Jakarta. Due to the continuing pandemic, SIA has yet to announce the resumption of flight services connecting Singapore and Bali.