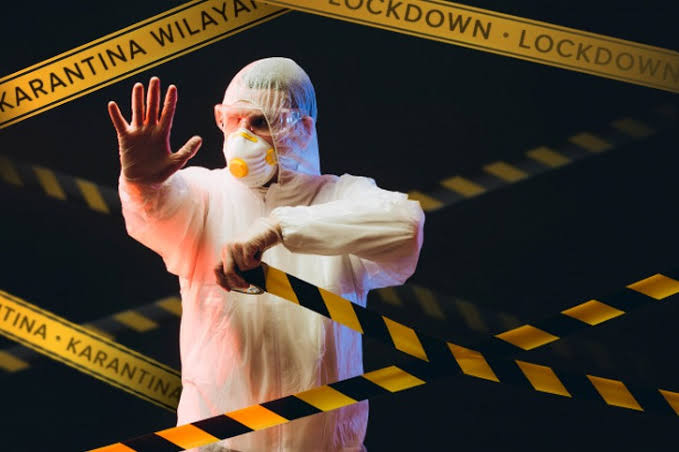 As reported by detik.com, President Joko Widodo has matter-of-factly admitted that Indonesia cannot implement full lockdown measures similar to those undertaken in other countries. Widodo said the Emergency Limitations on Public Movement (PPKM-Darurat) had precipitated a loud outcry from the public demanding that the emergency measures be relaxed.

Joko Widodo’s comments were made at an awards ceremony for small-scale enterprises held at the National Palace and broadcast on the State Secretariat’s Youtube Channel on Friday, 30 July 2021.

The President acknowledged that the pandemic had a major impact on the life of the Indonesian people. Adding: “I know that you ladies and gentlemen find yourself in a difficult circumstance, right? Very difficult, right? But this is being experienced by everyone. Not only by those of you working in small-scale enterprises. This crisis is also affecting medium-scale and large-scale businesses. Everyone finds themselves in a similar circumstance. This is a very difficult situation that is not only felt by people in Indonesia. The situation is the same around the world.”

The Appearance of the Delta Variant

The President claims that COVID-19 cases have been on the decline over the past few months. This improvement, he continued, was interrupted by the appearance of the delta variant, which has caused the number of coronavirus cases to escalate again. Adding: “Without warning, the ‘delta variant’ started, this new variant from the coronavirus appeared in India, and then appeared in countries around the world causing the global economy to quake. This was also the case in Indonesia when the delta variant appeared, and the number of positive cases increased drastically.”

Because of these developments, President Widodo said he had no other choice than to implement PPKM-Darurat for the islands of Java and Bali. In Bali, he saw that all points were “red” – none were “yellow.” He continued, saying that although it was difficult to order PPKM-Darurat, there was no other way when the cases started to surge. And, “thanks be to God,” the President said, “we have at least managed to apply the brakes, even though the decline in cases is slow – we have managed to apply the brakes.”

Cases Decline After Implementation of PPKM-Darurat

Joko Widodo said there is also a decline in cases in all areas of the Island of Java, even though cases are on the increase in some regions outside Java.

The Indonesian President renewed his call for the people of Indonesia to work harder in these difficult times. Widodo warned that even the World Health Organization (WHO) is still unable to predict when the COVID-19 epidemic will end.

Why the President is Not Opting for a Total Lockdown

Joko Widodo said that health and economic factors must be jointly considered in confronting COVID-19. Because of this, Indonesia cannot implement a total lockdown as has been done in other international jurisdictions.

“Once again, we are doing what can be done on the health side, but on the economic side, we are slowly introducing relief measures. We can’t close down like other countries. Lockdown in those instances means a total close down,” said the President.

Joko Widodo said the “semi-lockdown” used in Indonesia had a significant impact on the public. He said the current lockdown is only “partial.” The President said his visits to the villages and the regions of Indonesia saw everyone complaining of hardship, requesting their areas be reopened. Adding, I am sure all of you are having a similar experience.”

“For (total) lockdown, we can just imagine (the impact) and cannot guarantee that a lockdown will solve the problem,” cautioned the Indonesian President.