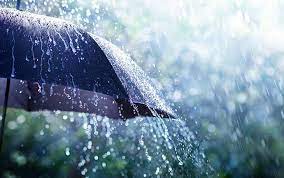 Starting on Tuesday morning, 03 August 2021, several areas of Bali are experiencing medium to heavy rainfall during a period generally considered to be the Island’s “dry season.”

The rains have been accompanied by reports of strong winds and extreme weather that have caused several old-growth trees in Bali’s capital of Denpasar to uproot and fall.

The Meteorological, Climate, and Geophysics Agency (BMKG) for District III in Denpasar reminds the public that the onset of the “dry season” does not automatically equate with no rain at all. Occasional showers do occur during this time of year, but less intense than that which occurs in the rainy season from October until April.

As quoted by Trubunbali.com, Luh Eka Arisanti, a weather forecaster from BMKG, said on 02 August 2021, “The cause of the rainy weather in the past few days in Bali is due to high surface temperatures in the surrounding oceans that generate rain clouds over Bali.”