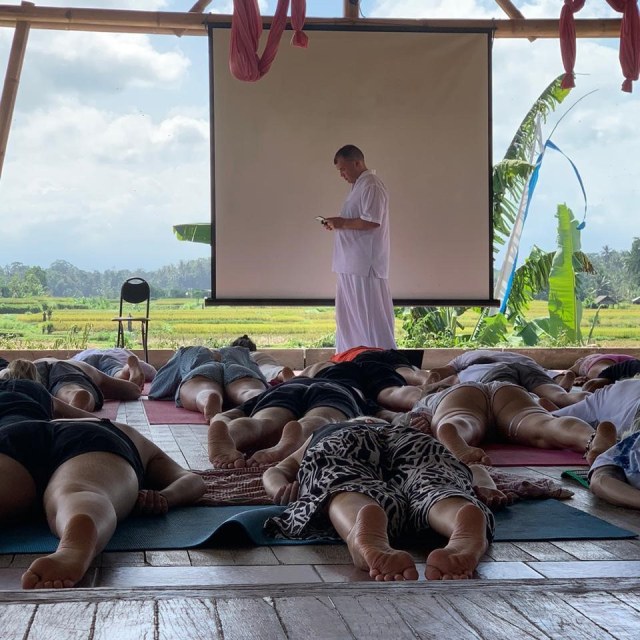 Two Russian yoga instructors, Rodion Antonkin (40) and Albina Mukhamadullina (31), were apprehended by Bali immigration officials in the Regency of Gianyar on Tuesday, 21 July 2020.

Beritabali.com quoted a spokesman from the Ministry of Law and Human Rights in Bali, I Putu Surya Dharma, who said the Russian couple had arrived in Indonesia on 14 March 2020 using a visa on arrival facility.

Immigration investigations determined that Antonkin and Mukhamadullina had been free-lancing as yoga instructors at the Arte Villa in Ubud.

Antonkin had been holding yoga sessions in Ubud, starting from his arrival on the Island on 14 July 2020.

While both Russians could be criminally prosecuted for the improper use of a tourist visa, immigration officials have decided instead to house the two at the Immigration Detention House in South Kuta, pending their deportation from Indonesia.

After deportation, both individuals will be black-listed from re-entering Indonesia for a specified period.

Because both Russians claim they do not have the financial resources to pay for their deportation flight, Bali Immigration officers have contacted the Russian Embassy in Jakarta for assistance.

A source at Immigration said to Beritabali.com that they suspected that Albina Mukhamadullina suffers from HIV.