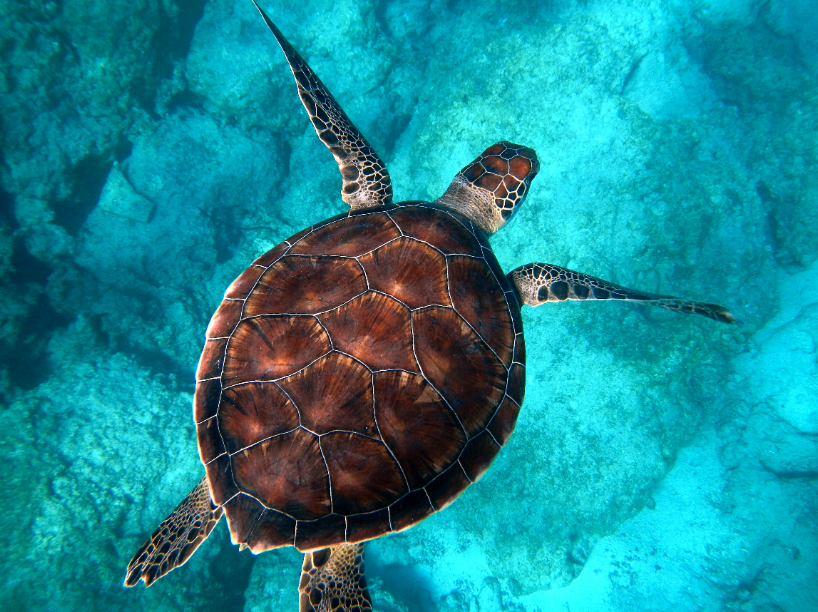 Detik.com and RadarBali.com report that Indonesia Police in the Jembrana Regency of Bali have arrested a local fisherman, Sakrani (57), in connection with the smuggling of nine green turtles (Chelonia mydas) into Bali.

Indonesian Law prohibits the trade in sea turtles or by-products produced from sea turtles. The Law on Conservation of Natural Resources and the Ecosystem (Law Number 5 of 1990) provides up to five years in prison and maximum fines of up to Rp. 100 million for people who sell or purchase turtles or turtle products.

The head of the Jembrana Police Precinct, AKBP I Gde Juliana, said on Friday, 18 February 2022, “For the legal process, we are still studying the single individual we have in custody to know more about the point of origination for the (confiscated) turtles.”

The police confiscated the nine turtles and arrested the man in custody based on tips from the public regarding a ship carrying protected turtles landing in the Jembrana Regency. Police seized the ship smuggling the contraband wildlife when it landed at Pengambengan, in the sub-district of Negara, Jembrana Regency.

The local Water Police (Polairud), in coordination with the Criminal Division of the Jembrana Police, investigated the report and discovered nine green sea turtles in the process of being smuggled into Bali. Police suspect the turtles were destined for slaughter, their meat to be consumed during major Balinese ritual ceremonies scheduled for March.

Juliana said the nine turtles were hidden below deck on the fiberglass vessel.

Police confirm that the confiscation of the nine turtles, including one estimated to be 90 years old, was coordinated with the Bali Agency for the Protection of Natural Resources (BKSDA). The turtles are now at the Kurma Asih Turtle Conservation Center in the Village of Peracak in Jembrana for safekeeping

Juliana said the police officers under his command prioritize the safety of the nine turtles so they can be eventually be safely returned to the ocean in their original habitat near Jember, East Java.

Detik.com reports the head of Denpasar’s Agency for the Management of Shoreside and Ocean Natural Resources (BPSPL), Permana Yudiarso, said on Saturday, 19 February 2022, some of the rescued turtles had suffered wounds now being treated by veterinarians.

Yudiarso confirmed on Friday that BPSPL-Denpasar had already physically inspected all of the rescued turtles. The examinations were performed by veterinarian drh I Wayan Yustisia from the Indonesian Aquatic Megafauna Veterinary Medical Association (IAM Flying Vet) and drh Deny from the Indonesia Wildlife Network (JSI). The doctors made careful body measurements of the nine turtles and reviewed the general health of each reptile. Representatives from BKSDA-Bali attached identifying tags to each of the turtles.

Three of the turtles newly tagged as idb 01172, idb 01166, and idb 01170 had wounds due to barnacles and other cuts to flippers caused by being bound by ropes. The veterinary medical team administered antiseptics and metabolism boosters to speed recovery. Doctors also performed diagnostic blood tests.

None of the wounds have affected the ability of the turtles to swim in a normal way, said Yudiarso. All nine turtles were determined to be adequately hydrated.

Body length measurements made on all nine turtles showed the largest measured 130-centimeters and the smallest at 44-centimeters. All the turtles were protected green turtles with eight designated as females and one as male. Four of the nine turtles were classified as productive adult reptiles.