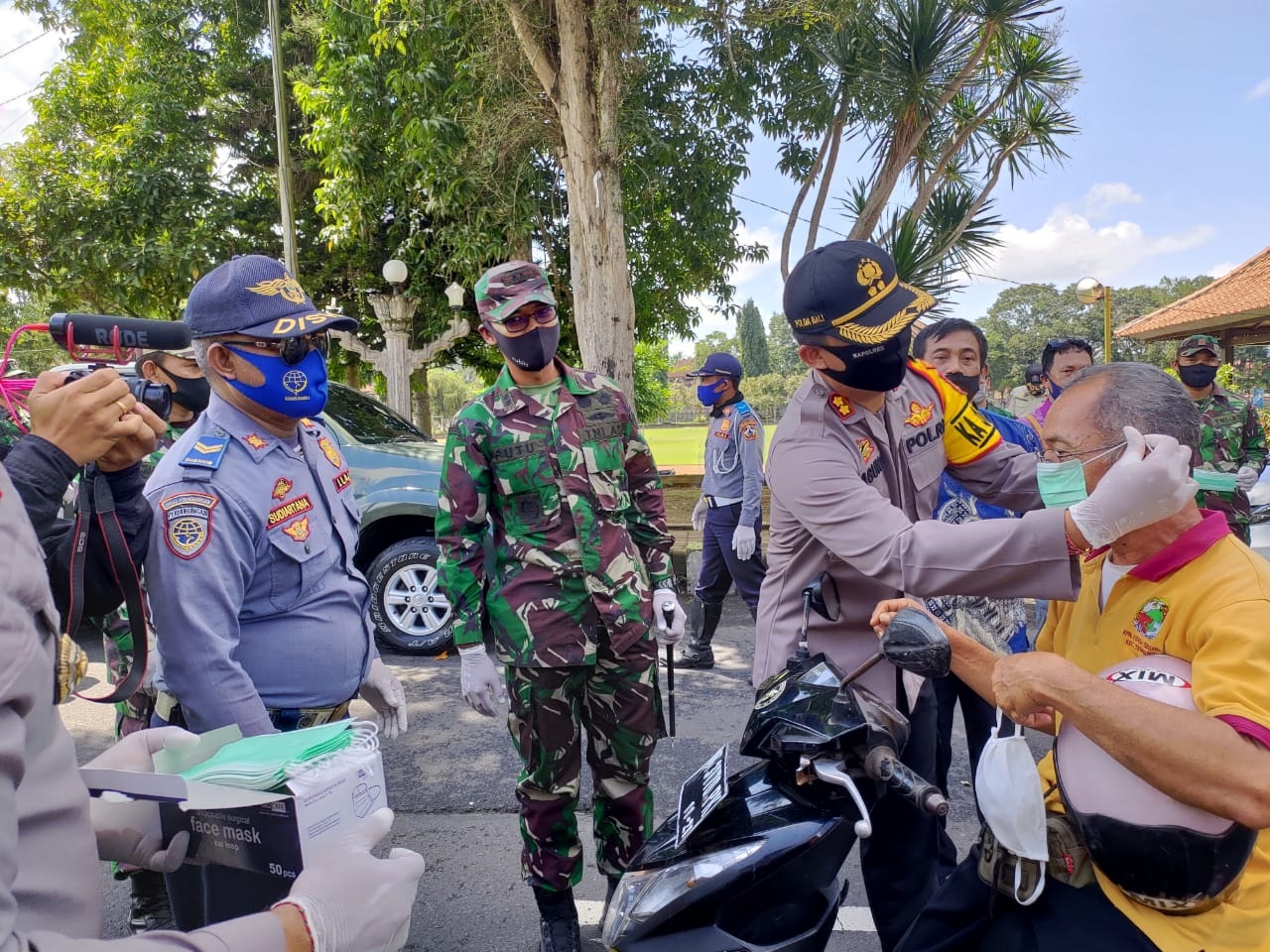 NusaBali reports that the Regent of Bangli, I Made Gianyar, has suspended the imposition of Rp. 100,000 fines for local residents caught in public not wearing a surgical mask.

Refusing to implement the strict no-compromise enforcement envisioned by the Provincial Governor’s Regulation No. 46 of 2020 on Health Protocols and the Regency Rule No. 39 of 2020, Made Gianyar cites the unpopularity of the measures from the general public. As a result, the Regent has instructed the Local Enforcement Agency Satpol PP Bangli not to impose fines and penalties on those failing to wear a mask in public.

The Bangli Regent said the Rp. 100,000 fine was imposed for one-day only on Monday, 07 September 2020, the first day of the new law. On the following day, those violating the rules were simply warned by enforcement officers in keeping with the softer enforcement approach now being outlined in a revision of the Regency’s rules of health protocols. To avoid using financial sanctions, the Regent wants to use social and administrative penalties where those caught not wearing a mask will be recorded, and their names broadcast over local radio stations.

The Regent warned that if many citizens from particular villages are discovered to be ignoring the requirement to wear a mask, then the allocation of funds from the Regency’s budget for those villages may be reduced. Conversely, villages found to be highly compliant with the rules may receive bonus allocations as a reward for their support and participation in the battle against COVID-19.

Regent Made Gianyar added: “Now, there will be no fine, but we ask that the public always wear a mask, be diligent in washing their hands, and maintain social distancing.”

The Regent reminded that the fines for not wearing a mask were never intended to be a significant revenue source for the Regency. Instead, the penalties were meant to instill discipline in the public to urge obedience to health protocols. In the early stages of enforcing the new rules in the Regency of Bangli, 15 violators were discovered by enforcement teams. Made Ginayar said those who have paid the Rp. 100,000 fine on the first day of enforcement can now obtain a refund of any fine they have paid. Adding: “If you want to take back the fine, you are free to do so.”

The Head of the Local Enforcement Agency in Bangli (PP Satpol Bangli), Dewa Agung Suryadarma, pledged to optimize patrols to identify and provide guidance to those caught not wearing a face mask. Those found to be ignoring the rules will be shared with local community vigilante committees who can handle the reprimanding and counseling of those scoffing the law. Suryadarma said his experience was that most public members become more compliant in wearing a face mask after being reminded to do so by his enforcement team members.