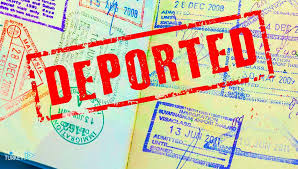 The 9-day in mandatory and guarded isolation at the Hotel Ibis in Kuta, Russian Anzhelika Naumenoka (33), ended on 16 July 2021 after successfully producing a “negative” PCR Swab Test that cleared the way for her imminent deportation from Indonesia.

The Russian woman caused a stir among police and immigration officials when, after testing “positive” for COVID-19 at Bali’s Udayana University Hospital, she refused to undergo any form of isolation and spent the five days roaming the Kuta area of Bali in an infectious state, mixing unprotected with the public.

Officials managed to track the woman down and placed her under guard in medical isolation until she could be tested and proven free of the COVID-19 virus.

As reported by NusaBali, officials now confirm that all documentation needed for Naumenoka’s deportation is in readiness, and a suitable flight is being sought to bring her back to Russia.

The current list of five expatriates expelled from Indonesia for failing to wear masks:

3 Deported for Not Wearing Masks in Bali

UK Man Deported for Being Unmasked in Bali

Tourists Without Face Masks to Be Deported