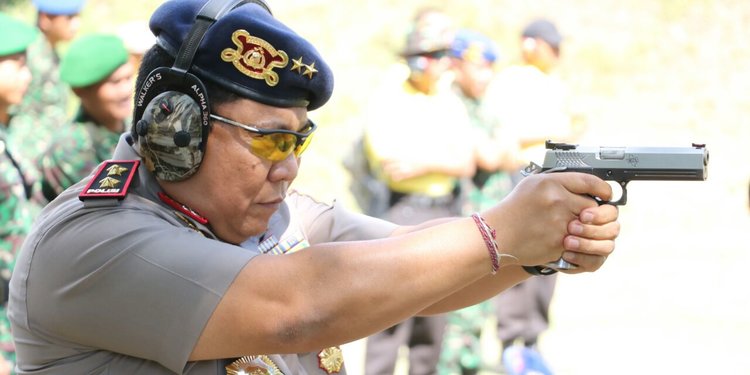 Petrus was born in Minahasa, North Sulawesi 55 years ago.

General Golose has had a distinguished career in the Indonesian police force in senior roles combatting terrorism, criminal investigation, drafting legislation, and crushing the narcotics trade.

General Golose graduated from the Indonesian Police Academy in 1998 and obtained professional notoriety on 9 November 2005 when he helped lead a violent raid in Malang that resulted in the death of Malaysian terrorist Dr. Azahari.

Most recently, Golose completed a four-year assignment as chief of police for the Bali Provincial Police. As Bali’s Chief of Police, Petrus successfully reduced crime rates and took decisive action against local gangs, imprisoning several gang leaders in the process.

During his leadership of the Bali Police, the General raided the Akasaka Discotheque in downtown Denpasar notoriously known as a center for illegal drug use in Bali. The owner of the notorious nightspot was imprisoned for life, and to this day, a large armored police vehicle remains parked in front of the closed business.

During his police career, Golose has participated in many high-profile international investigations in Singapore, Malaysia, Japan, East Timor, New Zealand, USA, Cambodia, Thailand, and the Philippines.

He also was actively involved in drafting Indonesia’s 2008 law on Information Technology and Electronic Transactions. Genera; Golose authored a book in 2008 on computer hacking and has written a Ph.D. dissertation on the same subject.