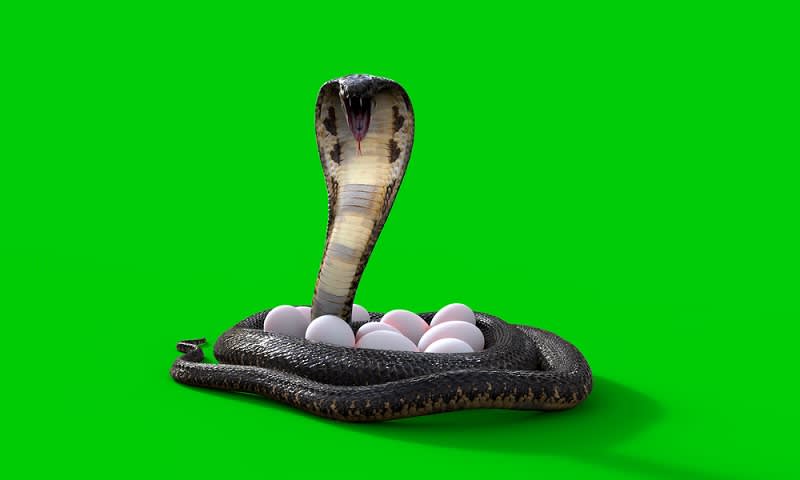 Wayan Laksana Kartika, a man living in Tabanan, West Bali, has the unusual occupation of being a snake wrangler. He’s the man people call when they encounter a snake on their property and need someone to escort the reptile to a new locale.

Who You Gonna Call? Snake Buster.

As reported by RadarBali, Wayan Kartika or, as he is more popularly known, “Wayan Kobra” is busiest each year between November – January, when snakes commonly lay their eggs.

As the “baby” snakes hatch and venture forth from their lairs, Wayan Kobra is on standby for emergency calls from Tabanan people terrified of snakes appearing on their premises.

“Three days ago, I caught a 3.2-meter-long King Cobra in the Bajera region of Selemadeg. This was a King Cobra that was laying her eggs. The King Cobra had laid 56 eggs,” recently explained the 50-year-old snake wrangler.

Wayan Kobra says that infantile King Cobras are commonly found in local residents’ yards and gardens in the first months of the year.

Tabanan has a high population of King Cobras resulting from the popularity of local release programs, a pleasant local climate, and a lack of predators’ eating the reptile’s eggs. “The Telaga Tunjung, Kerambitan area was once preferred by Cobras, but the area now preferred by Cobras has now moved to the Bantas areas of East Selemadag,” Wayan Kobra explained.

Wayan Cobra has long worked as a snake wrangler. He recently joined the Bali Reptile Rescue (BRR) group – an association that rescues and removes snakes from residential situations.

Wayan says that he captured between 3-5 snakes each day during the Cobra season. He also has caught many non-poisonous snakes.

Wayan insists that the difficulties of capturing snakes can be overcome with experience and the proper equipment.

The danger of dealing with King Cobras is, however, accentuated by the limited amount of anti-serum available in Bali, making it extremely dangerous for snake wranglers.

Captured Cobras are taken to a special holding area in the Village of Gumbrih, Perkutatan, Jembrana. Eventually, they are released back into the wild in areas adjacent to Tabanan, which explains, in part, the high population of Cobra in West Bali.

Wayan Cobra does not seek payment from the local villagers he helps. Those villagers who voluntarily provide him with honorariums are, however, always appreciated.

Wayan Cobra implores the public who encounter snakes in or near their homes not to panic and eject them from their homes. He emphasizes there is no need to kill snakes discovered in residential areas.