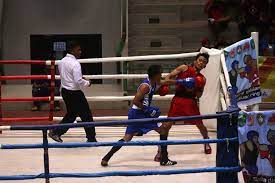 “A Thai boxing gym is preparing the boxers. The names of the boxers are in hand. We will coordinate their attendance at Bali Boxing Day III,” said the well-known Bali boxing promoter on Wednesday, 07 April 2021.

Charlie Usfunan linked Bali Boxing Day III with the current drive for sports tourism because of its ability to attract foreign tourists to Indonesia. He said a number of foreign boxers from countries other than Thailand would also participate in the July event.

Usfunan said the July Boxing event would be comprised of sparring matches.

“We are very convinced that Bali Boxing Day III will be a success. This is shown because we have already received permission from the Task Force for the Mitigation of COVID-19. We are reviewing several hotels in Bali for the match. I promise there will be a surprise,” said Charlie.