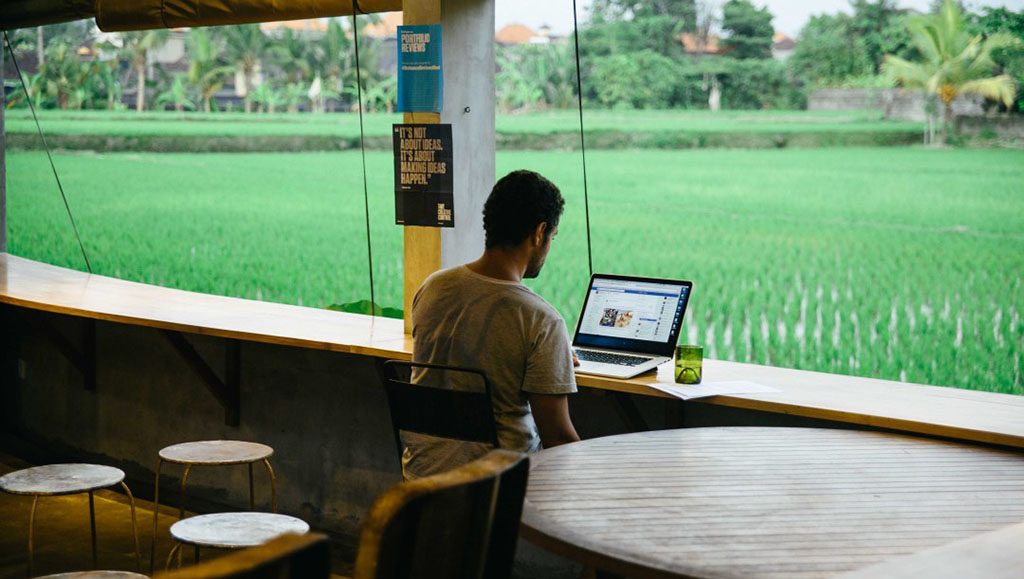 The proposal from Indonesia’s Coordinating Minister for Maritime Affairs and Investment, Luhut Binsar Pandjaitan, for Indonesian civil servant to temporarily relocate and “work from Bali” as a means of providing financial relief to the Island’s economy is being roundly criticized in some quarters as unlikely to deliver any of the economic benefits touted by the Minister.

As reported by Beritabali.com, an economist from the Institute for the Development of Economics and Finance (INDEF), Bhima Yudhistira suggests the Minister’s “Work from Bali” (WFB) program will do little to replace the massive loss of the economic impetus provided to Bali in the past by foreign tourists. According to Yudhistira, foreign exchange from foreign tourism was down 100% on an annual basis when measured and compared on March 2021.

Interviewed on the TV network Liputan6 on Monday, 24 May 2021, Yudhistira criticized the WFB concept, saying: “If you want Bali to recover, the key is to control COVID-19 and restore public mobility. How can foreign tourists come (to Bali) if the vaccination rate for two dosages of the vaccine is still 5 percent below the national target?”

Seen from the perspective of national finance, Bhima says the WFB program lack coordinated orchestration. He sees Luhut’s WFB concept as a “bad fit” and not coordinated with the actual budgets for official travel for 2021. For instance, in Q1 2021, the national funding for official travel and meetings declined from Rp. 4.9 trillion in Q1 2020 to Rp. 3.1 trillion – that’s 35.6% less year on year.

According to Bhima, the National Government is facing difficulties in addressing a large national budget deficit, suggesting that travel, like other State budget components, needs trimming, including WFB’s inherent requirements to supply large amounts of “pocket money” for traveling civil servants.

Bhima boldly suggested that if the Government truly wants to restore the Balinese economy, it would be better if all the unspent allocations for official travel be converted into wage subsidies for tourism workers or as stimulus grants to tourism entrepreneurs suffering because of the pandemic.

In closing, Bhima commented: “This approach would be much more straightforward. What’s more, government events are usually held in hotels with 3-star ratings and above, meaning small and medium-sized enterprises would benefit little from the WFB program.