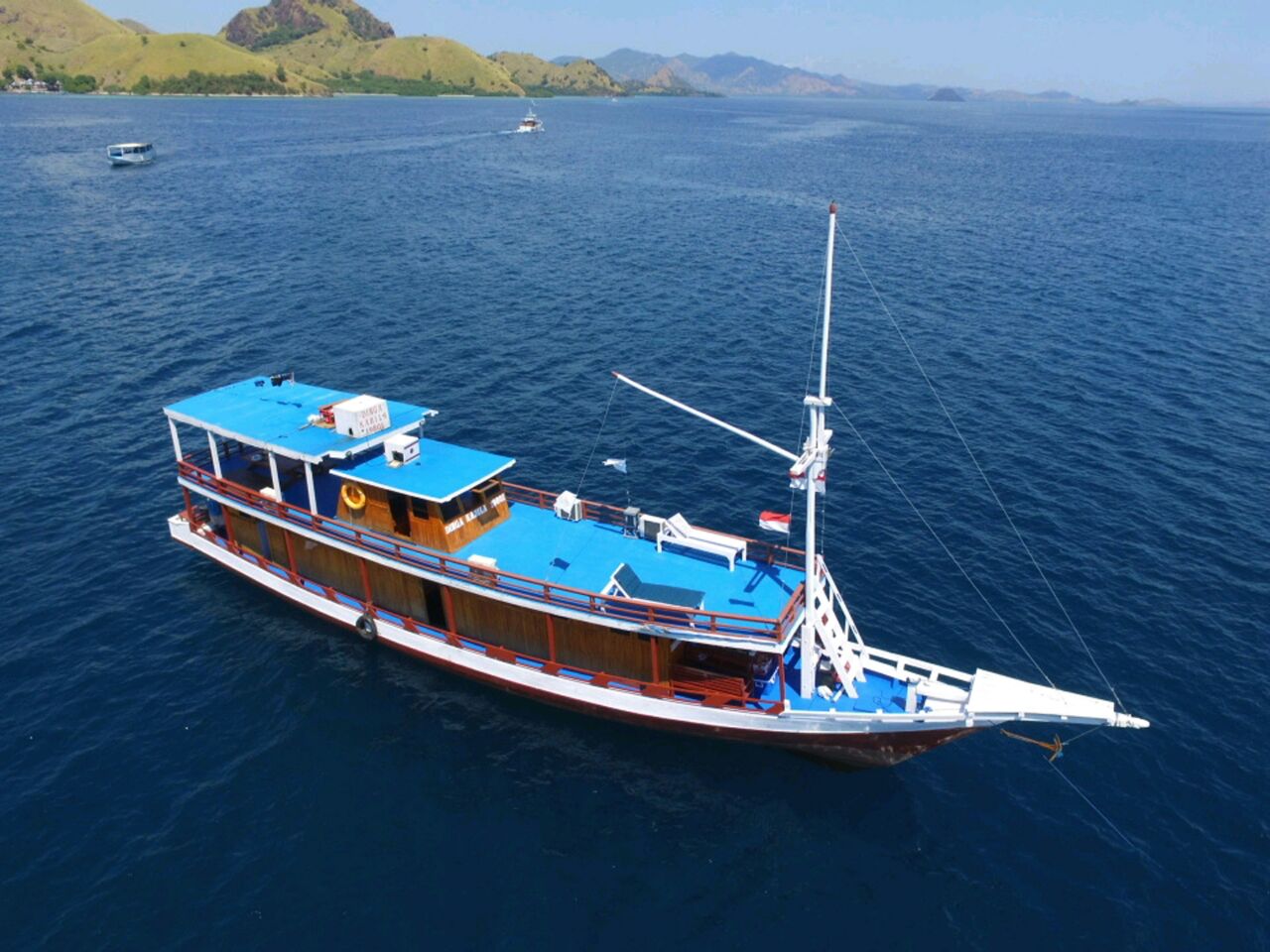 Social media and Indonesian media are awash with reports of a video clip of a tourist boat operating near Pulau Kalong at The Komodo National Perk carelessly launching fireworks in one of Indonesia’s highest-profile conservation areas.

The incident occurred on the afternoon of Thursday, 31 March 2022.

The video showed the KM Dirga Kabila Cruise Vessel repeatedly launching fireworks as passengers on nearby boats screamed admonitions that the launching of fireworks in the National Park is not allowed.

Reports of the incident now abound on social media and have been covered by Tempo, national TV news networks, POSTNTT.com, and Floresa.co.

One tourist was angrily quoted by Floresa.co: “There was a person on the ship who ignited fireworks while the flying foxes were flying. I swear. I am going to report this to the Komodo National Park.”

Bystanders on other ships near the KM Dirga Kabila recorded the incident on video, recording that the exploding fireworks were fired off at 6:18 pm on Thursday. The commotion caused havoc and panic among the large population of flying foxes (Pteropus vampyrus) that typically launch into the night sky at sunset in a nightly search of food.

The video quickly went viral on the Internet, coming to the attention of the head of the local police post on Rinca Island, Fahri Iklas, and Julizar Riduan – the chief of the forestry police on duty at the Komodo National Park. Less than one hour after the video was uploaded to the social network, enforcement officials commenced a search for the ship and its crew. Police quickly identified the ship as the KM Dirga Kabila, rented by a group of 15 tourists hailing from Cilegon. The police manage to intercept the ship, forcing it to immediately return to Labuan Bajo, eliminating two stops in their original planned itinerary.

Pulau Kalong is located within the confines of The Komodo National Park.

Tempo.co, reports that the head of the management team for the Komodo National Park, Gatot Kuncoro Edy, confirmed that his office would summon the Captain of the Dirga Kabila ship and the guide leading the group renting the boat.

Edy confirmed that the use of fireworks within the Park is strictly forbidden.

Park officials have promised a formal statement once they complete their investigation. However, it seems sure that harsh sanctions will be imposed against all those involved in the incident. Separately, the head of the Park Commission, Lukita Awang, said the threat posed by a fire started through the illegal use of fireworks in the Park meant those responsible could face both administrative sanctions and criminal prosecution in connection with the incident. That the ship had not bothered to secure a permit to visit the Park also exposed the ship and tour company to further criminal prosecution.

Liputan6.com reports that officials at the Komodo National Park are wasting no time taking action against the Captain, crew, and onboard guide of the KM Kabila Dirga involved in lighting fireworks in the conservation area Pulau Kalong.

The Ministry for the Environment announced on Saturday, 02 April 2022, that a letter has been sent asking the Indonesian Guide Association (HPI) branch in West Manggarai to take firm administrative action on the guide (identified only with the initials KM) working on the boat at the time of the incident. On a highly embarrassing note, media reports suggest the guide leading the trip is a member of the management board of the local HPI.

The Ministry has also communicated with the Port Master at Labuan Bajo, recommending strong sanctions against the Captain of the KM Dirga Kabila.

Sanctions are also in store for the owner of the tour company PT Bali Komodo Wisata, identified only by the initials NMS, who booked and organized the cruise for the group of 15 from Cilegon in West Java. NMS reportedly supplied the fireworks at the request of the group to help celebrate the birthday of one of the participants.

Officials are condemning the act, saying it had the potential of causing damage to the ecosystem of the Komodo National Park.

Officials also contend that the ship failed to obtain the required permits before entering the Park, which gives a deeper color of criminality that is punishable under the law.

The Park is demanding that all those working on the boat or traveling as passengers at the time of the incident suffer the humiliation of participating in a video in which they must make a public apology that can be shared widely with social media and the general news media.

Komodo is coming under increasing scrutiny for poor visitor behavior threatening the Park’s natural environment, including one report of a large fire recently set by a guest who desired to create a photographic effect. Meanwhile, a controversial development program is now underway on Rinca Island that includes a viewing amphitheater and the reintroduction of a long-standing environmentally disdained program of scheduled feedings.