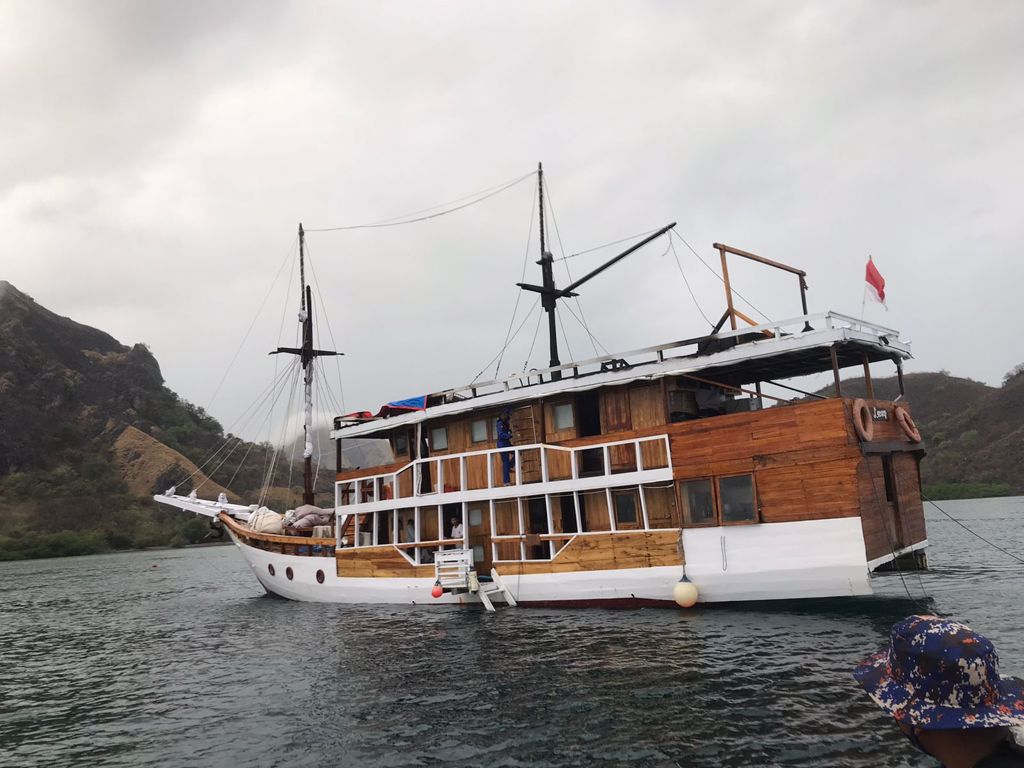 The head of the nearby Labuan Bajo Port, Hasan Sadili, confirmed no injuries or deaths in connection with a fire aboard the KM Lexxy – an 83 gross ton mixed sail and engine-driven ship converted and licensed by the Indonesian Ministry of Transportation to carry 30 passengers and crew.

The ship is designed to accommodate a maximum of 22 passengers in 6 cabins.

The fire, believed to have been caused by an electrical short circuit in the ship’s auxiliary engine used to produce electricity, started at anchor on Friday, 10 September 2021, at around 3:00 pm local time.

While the fire was mainly limited to the Genset, the fire caused all passengers to abandon the ship and resulted in fire damage to the deck and upper hull areas. However, the main engine could still operate after the fire, as was the ship’s bridge with its navigational equipment, allowing the vessel to sail under power to a nearby port.

When smoke began pouring from the ship’s engine room, passengers were evacuated wearing protective life jackets on tenders carried by KM Lexxy to a nearby vessel – the KM Anjani.

Meanwhile, the crew remained on board to battle the blaze that was rapidly brought under control. A Government Search and Rescue Team (SAR) arrived at the ship’s location by 4:00 pm, one hour after the fire was first discovered. With the fire out by 4:30 pm, the SAR Team could return to Labuan Bajo by 5:30 pm. The KM Lexy sailed under power from Manjarite Beach at 5:10 pm, arriving in Labuan Bajo at 6:00 pm.

At the time of the blaze, the ship was carrying a complement of 9 crew (Captain and eight crew members) who sailed the ship back to the Port of Labuan Bajo in West Flores late on Friday afternoon.

Separately, the Head of the Labuan Bajo Port, Hasan Sadili, said at the time of the fire, KM Lexxy was carrying 29 souls, 20 of whom were tourist passengers.

The 20 passengers evacuated from the ship boarded another nearby tourist vessel for the short trip back to Labuan Bajo to retrieve their personal belongings from the berthed KM Lexxy.