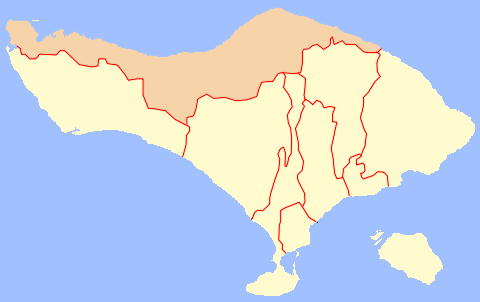 Public Prosecutors in Buleleng, North Bali, have declared their intention to appeal the recent decision of a Denpasar Court that sent eight tourism officials to jail for terms ranging from one year to two years and eight months for corrupting grant funds intended to assist members of the troubled tourism industry.

As reported by NusaBali.com, prosecutors have decided that the sentences handed down by the Court were too lenient than the maximum four years in prison demanded at trial.

In announcing the decision to seek stiffer penalties through the appeal process, a spokesman for the Buleleng Prosecutors Office, Anak Agung Ngurah Jayalantara, said on Friday, 08 October 2021: “Later, the basis for the appeal will be listed point by point in the written appeal to the Court. The appeal must be filed with 14 days of the Court’s verdict.”

The Denpasar Court rendered the verdict on Tuesday, 05 October 2021.

Jayalantara said that the Buleleng Prosecutors did not accept the lenient one-year prison term handed down to the seven subordinates of the Head of the Buleleng Tourist Office. During the trial, Prosecutors had sought punishments of two years imprisonment for Ayu Wiratini and Gede Gunawan; and three years behind bars for Putu Budiani, Kadek Widiastra, I Nyoman Sempiden, Putu Sudarsa, and I Gusti Ayu Maheri Agung.

Meanwhile, Jayalantara said Prosecutors were also challenging the sentence handed down for the former Head of Tourism in Buleleng, I Made Sudama Diana. Diana was sentenced to 30 months in prison and ordered to pay damages of Rp. 7.989.416.

At trial, Prosecutors asked the Court to seek damages from Diana amounting to Rp 131.285.622 and are now seeking that amount on appeal.