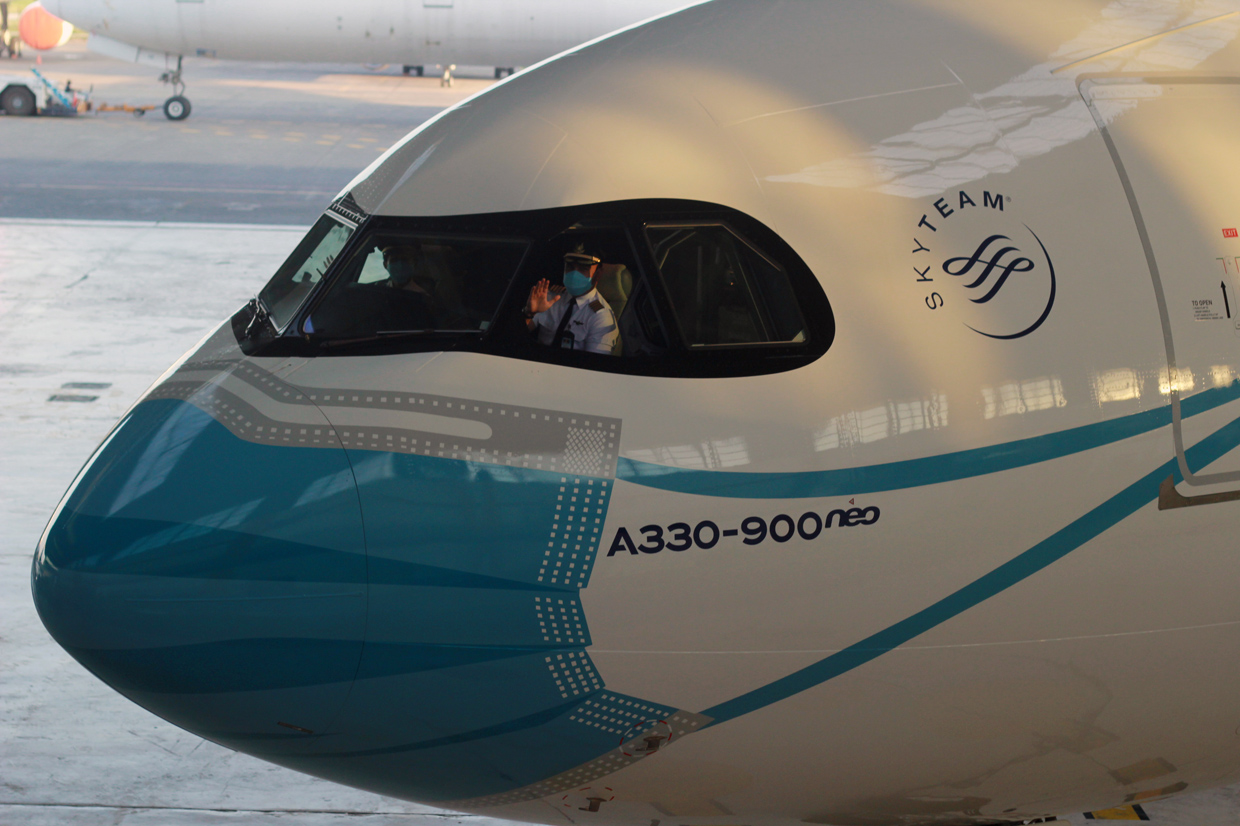 An article recently published by asia.nikkei.com has underlined the acute financial circumstances of Indonesia’s national flag carrier – Garuda Indonesia. The report, titled “Indonesia’s State Airline Garuda Hangs by a Financial Thread,” describes the Airline in a financial crisis brought on by “chaotic management and weak earnings” in combination with the fallout from the COVID-19 crisis.

Asia.nikkei.com cites analysts who say Garuda Indonesia may need a capital injection of between US$1.3 to US$ 3 billion in order to continue to operate. Fears of the Airline’s continuing viability were laid bare in June 2021 by Garuda’s default on US$500 million in Islamic Sukuk bonds, an inability by the Airline’s directors to renegotiate payments a mountain of debt, and indications that the Indonesian Government is reluctant to come to the rescue.

An airline industry analyst is quoted saying creditors and leasing companies are increasingly uneasy with Garuda Indonesia. While many airlines in Asia are currently in precarious financial positions, Garuda’s situation is seen as particularly dire, made all the worse by, in the words of one analyst, “so much uncertainty and not much communications, disclosure and responsiveness for so long.”

Financial disclosures from the Indonesian carrier in March 2021 listed US$4.6 billion in current liabilities and significant financial loan obligations coming due in the short term while only holding US$485 million in liquid assets. Describing the default on US$500 million in Sukuk bonds as “only the tip of the iceberg,” Nikkei reports that near-term payments of US$1.7 billion are due to leasing companies.

To continue even a scaled-down level of operations for the coming 12-months, Ziva Narendra, of the aviation consultancy Aviatory Indonesia, estimates Garuda will need US$ 210 million to US$350 million. This amount, presuming it could be found, would only allow the Airline to continue its loss-making operations. A more considerable amount of US$850 million to US$1.4 billion is projected to be required to actually get the Airline back on sound financial footing.

Alvin Lie, another independent aviation expert, paints an even grimmer financial picture, estimating US$ 2.8 billion as needed to get Garuda Indonesia back on track.

Lie and others believe that Garuda may find it difficult to survive and avoid being forced into bankruptcy without a timely injection of fresh cash.

Can the State Afford to Rescue Garuda?

In Indonesia and abroad, aviation pundits postulate that the Government of Indonesia, which holds 60% of the Company’s stock, would be obliged to rescue the national flag carrier. At the same time, Indonesia is spending prodigiously to deal with the economic woes precipitated by the COVID-19 pandemic. Indonesian government debt in April amounted to 41.18% of the Gross Domestic Product (GDP), with World Bank forecasts predicting that percentage to surpass 43.5% of GDP by 2024.

The massive amount of money needed to financially rescue Garuda Indonesia may preclude a government bail-out in the current economic climate. The Indonesian State’s financial ability to undertake Garuda’s rescue is further complicated by the question of whether policymakers have any appetite to provide that amount of cash required to a money-losing State-owned enterprise.

In late 2020, Garuda enjoyed some momentary relief from its debt burden with a restructure of payment schedules on amounts owed to the State Oil Company Pertamina and State-owned airport authorities – Angkasa Pura I and II.

Garuda managed to escape imminent bankruptcy by successfully renegotiating leasing agreements with an Irish Aircraft leasing company that compelled the Indonesian carrier to agree to the early return of nine aircraft. As reported by Nikkei, bankruptcy remains a continuing threat, with pending lawsuits in the UK and Dutch courts from, respectively, SMBC Aviation Capital and Helice Leasing.

An Indonesian cargo carrier, My Indo Airlines, is suing for Rp. 6.6 billion in unpaid debts, followed by debts of Rp. 124.6 billion to eight other creditors.

The Airline’s problems are not limited to unpaid creditors. Indonesian press reports describe the Airline’s employees and pilots as worried about the Company’s financial future and pleading with the Government to step in and take decisive action. Massive retrenchments, early retirement, and salary cuts of up to 50% at every level of employment are underway to reduce the continuing hemorrhaging of the Company’s cash.

Following Garuda’s default on its Sukuk bonds in mid-June, the Indonesian Stock Exchange suspended trading on Garuda Indonesia shares that were trading in the penny-stock territory of 70% less than the Rp. 750 share price achieved during an under-performing IPO.

The two largest shareholders in Garuda Indonesia are the Government holding 60% and Trans Airways with 28% of all shares. Trans Airways is affiliated with businessman and former Coordinating Minister for the Economy, Chairul Tanjung.

A team of international and Indonesian financial advisers is reportedly strategizing how the National Carrier can financially restructure. Among the tactics rumored to be under consideration is bankruptcy administration that would create a moratorium on debt repayment for a fixed period stipulated by the Courts or, alternatively, converting debt into equity. Nikkei’s report warns that a debt moratorium could lead to bankruptcy if debtors, some of which are foreign entities, refuse the scheme. Meanwhile, debt to equity conversion could reduce the Indonesian Government’s majority control of Garuda. Current investment law requires that a minimum of 51% of any National Airline be held by Indonesian investors, which could become problematic depending on how a debt to equity offer is structured with foreign creditors/leasing companies.

Garuda Indonesia suffered a net loss of US$2.4 billion in 2020 and is calculated to be losing US$100 million each month.