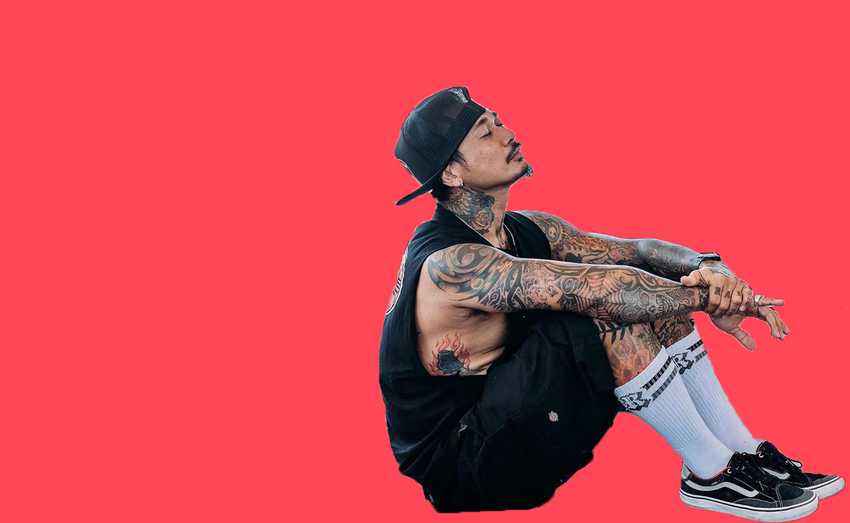 As reported by NusaBali, supporters for JRX organizing under the banner of “The Alliance Supporting JRX” and “Frontier Bali” were planning a protest at the Denpasar Court House on Jalan Sudirman on Tuesday, 29 September 2020.

Protestors began to gather at 10:30 am and carried posters and banners proclaiming messages that included “Criticism is not Criminal” – “I stand with JRX” and “The Universe Stands with JRX.”

The demonstration was allowed to continue for only 30 minutes before a combined team from the Bali Police, The Indonesian Armed Forces, and Local Enforcement (Satpol PP) dispersed the growing crowd.

The head of the Denpasar Police Precinct, Police Commissioner Jansen Aviuts Panjaitan, also appeared at the scene to address the protestors over a loudspeaker. Panjaitan’s comments reportedly provoked shouts of derision directed at the authorities from the crowd. Later, following police coordination with one of the demonstration’s leaders, the crowd left the scene.

Pajaitan later told the press that the firm step of dispersing the demonstrators was necessary to prevent the spread of COVID-19. Police told the demonstration’s leaders that a large gathering is forbidden under government rules issued in connection with the continuing Pandemic. “

Continuing, Police Commissioner Jansen added: “This is very dangerous. Demonstrations or mass gatherings in large numbers carry a high risk of contagion, especially during the current COVID Pandemic. So we firmly state that during this Pandemic, it is forbidden to gather like this.”

Preempting any future demonstrations, the ranking police officer confirmed that Bali, as an area of high contagion rates, won’t allow mass gatherings of any kind.

The demonstration that was broken up outside the Courts on 29 September did not hold the required police permit.

The demonstrators were met by a large group of uniformed armed officers and an array of tactical vehicles typically used to control unruly crowds.

Police said they plan to summon those in charge of the Tuesday morning demonstration and have them take responsibility for the illegal mass gathering.

Meanwhile, inside the Main Courtroom connected via a live virtual link to the State Prosecutor’s Office and Police Headquarters – the virtual trial continued with judges, prosecutors, and the defendant all seated at a physical distance from each other. The legal team of JRX used Tuesday’s proceedings to read a 27-page list of objections or exceptions to the charges filed by prosecutors against their client.

Among the legal points made by JRX’s legal team was the alleged haphazard and inexpert fashion in which the prosecution had framed the charges against the Musician. As presented to the Court, JRX’s lawyers branded the charges as including numerous formal errors, unclear statements, legal inadequacies, and illogical statements. They called on the Court to reject the charges as filed because they lack even the rudimentary and accepted terms demanded by a criminal indictment.