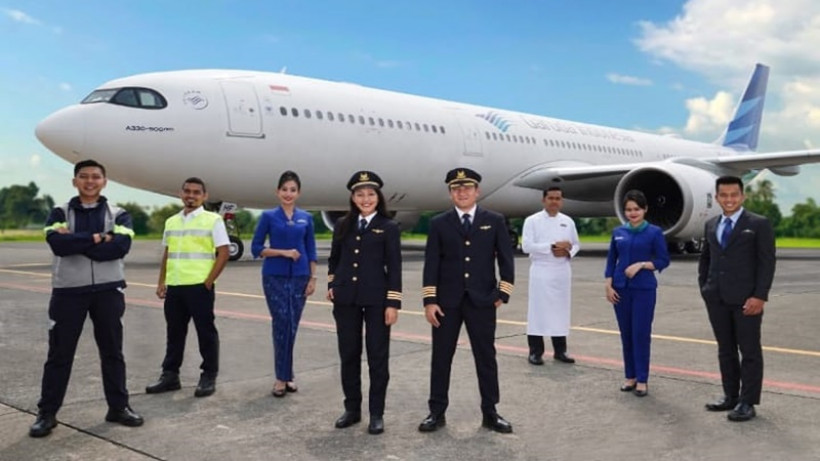 Under the Title “Garuda on the Bank of Bankruptcy,” an article published in the online edition of The Jakarta Globe on 24 October 2021, further fuels concerns that the iconic Indonesian national flag carrier Garuda Indonesia may be on the verge of financial collapse.

Founded 72 years ago in the early days of the newly independent Indonesian Republic and operating initially as Indonesian Airways, at its reputational height in the late 1980s until the mid-1990s, Garuda Indonesia was the pride of the Indonesian nation, flying to many points in Europe, the USA, Africa, and Asia.

Political and financial upheaval in the late 1990s witnessed the start of the Airline’s steady decline as it transitioned into a new millennium as the Indonesian carrier launched its “Quantum Leap Program.” Borrowing boldly and heavily to modernize its fleet, launch new routes both domestically and abroad, and successfully repositioning itself, along the way, Garuda successfully earned Skytrax accolades as “The Most Improved Airline” and citations for operating with “The World’s Best Crew.”

Mismanagement and several high-profile corruption cases involving the Airline’s top management saw Garuda Indonesia enter the 2020s heavily in debt and weighed down with systemic inefficiencies while serving as a “cash cow” for Indonesia’s political elite. As 2020 dawned with the Airline in a precarious financial posture, the global COVID-19 crisis suddenly left Garuda Indonesia without passengers – including its very lucrative market of religious pilgrims. The absence of passengers also left the Airlines without the cash to pay their mounting debts and operating costs.

The Jakarta Globe and a host of mainstream business media have monitored the financial travails of Garuda trying to deal with lessors and debtors while simultaneously trying to restructure its corporate culture. All the aforementioned plus the financial burden of COVID-19 – a historical plague that is brutalizing the balance sheets of the global aviation industry.

Media reports suggest that Garuda’s debt, estimated at US$4.9 billion and a sustained financial hemorrhaging put at US$70 million each month, have possibly put any government bail-out of the Airline beyond the realms of economic and political possibility for the Joko Widodo administration. Accordingly, if an acceptable financial restructuring scheme cannot urgently be found, one option under consideration is to liquidate Garuda Indonesia and allow the state-owned Pelita Air Service to “acquire” aircraft abandoned in the dissolution process to enable Pelita to operate as a down-sized carrier focused primarily on serving domestic destinations.

A Legacy of Corruption?

As hinted at by BUMN Minister Erick Thohir, many of Garuda Indonesia’s lease agreements with some 36 companies were concluded when “corrupt practices” were rife at the National Flag Carrier. Sadly, the Airline’s liquidation may be the only way to wipe the slate clean and for Indonesia to unburden itself of a legacy of corrupt debt.

Founded in 1963 as the state-owned charter airline of Indonesia’s Pertamina Oil Company, Pelita currently operates only six aircraft, a number technically below the minimum armada of 10 planes stipulated under the law by the Ministry of Transportation for any Indonesian air carrier.

Kartiko Wirjoatmodjo, an official of the Ministry for State-Owned Enterprises (BUMN), ominously sounded what might lie ahead for Garuda, saying: “If we meet a dead-end, we will close [Garuda] down because injecting more state money is impossible given the company’s massive debt loads.”

Confirming that negotiations with debtors and a large number of aircraft lessors are ongoing, Kartiko paints a grim picture projecting that, at best, if Garuda survives it will become a much smaller domestic and regional carrier devoid of any grandiose plans to resume flights to Europe and the USA.

Just before the onset of the global pandemic, major clean-ups and shake-ups of Garuda Indonesia’s management were already underway. BUMN Minister Erick Thohir then held hope that his efforts would bear fruit, fueling optimism that the Airline might be financially salvaged. In 2019, Garuda Indonesia booked a profit of nearly Rp. 100 billion. But, in 2020, COVID-19 became a global game-changer for aviation, seeing Garuda Indonesia suffer a third-quarter 2020 loss of Rp. 15 trillion.

On 28 June 2021, the Indonesian Stock Exchange (BEI) suspended the trading of Garuda’s Indonesia’s stock (GIAA) after the Airline failed to meet its obligations under Islamic banking Sukuk Share Certificates.

Garuda’s Corporate Secretary, Mitra Piranti, remains optimistic about the Airline’s future, saying the gradual revival of Indonesian tourism and travel will help improve the financial fortunes of the Airline.

Adding: “In addition, we continue to negotiate and communicate with all creditors to reach the best settlement and debt restructuring that will improve the company’s fundamental performance.”

If Garuda Indonesia ceases to operate, it will prove an emotionally gut-wrenching experience for many Indonesians and others who have flown the world on the Airline named for the mystical bird that conveyed Lord Vishnu on his global journey.

For those wishing to tearfully recall happier times at Garuda Indonesia, we include two links to two very moving video clips archived on Youtube.

Garuda Theme Song: My Pride
A Tribute to Garuda Composed by Addie MS