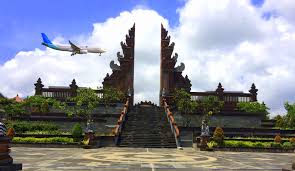 On the road to recovery of the Island’s tourism industry, Bali is now connected by air to 22 international air destinations operated by 25 airlines.

This updated tally was revealed by the Indonesian Minister of Tourism and the Creative Economy on Monday, 03 October, while speaking to the State News Agency Antara, who said the network of international air connections for Bali would continue in the weeks and months ahead.

The 25 Airlines now operating internationally to and from Bali are:

The international destinations now connected by flights operated by the airlines listed above are:

The Minister’s listing of international flights and destinations involving Bali was made at the same time Indonesia welcomed Eva Air flying from Taipei, Taiwan, marked by that airline’s inaugural flight to Bali on Sunday, 03 October 2022, carrying 212 passengers.

Sandiaga described the new flight from Taiwan as “a part of the increasing number of international airlines serving Bali and the rest of Indonesia. This is the revitalization of an old route flying three times each week on Wednesdays, Fridays, and Sundays, increasing to a daily service in November.”

Eva Air suspended its Bali flights during the COVID-19 pandemic.

Bali is now connected by direct flights from Taipei operated by Eva Air and China Airlines.

Bali Among Busiest Airports in June 2022