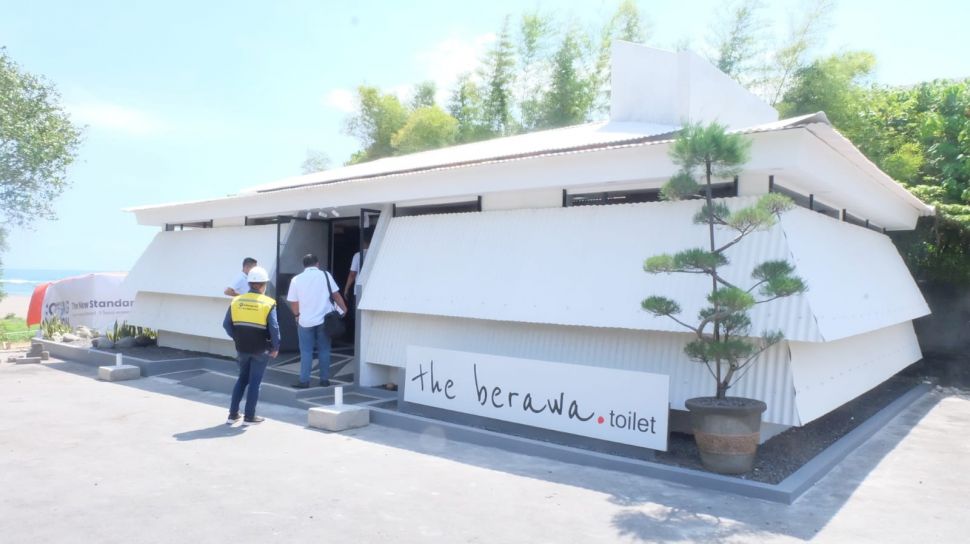 As reported by Detik.com, the Indonesian Minister of Tourism and the Creative Economy, Sandiaga Uno, has declared that “1,000 luxury bathrooms” will be opened at tourist attractions across the nation.

The “Luxury Toilet Initiative” was recently inaugurated via a pilot project at “The Berawa,” a parking lot for Berawa Beach in North Kuta. In realizing the project, the Tourism Ministry is collaborating with “Toilet untuk Negeri” (Lixil.Jamban.id), Tukang.com, Ethis Indonesia, Gringgo, and Frday).

Access to the pilot “luxury toilet” located on Berawa Beach costs Rp. 5,000 and is paid using a special stored value card. Sandiaga, commenting at the inauguration of the toilet facility on Tuesday, 09 September 2022, said: “I am happy together with all those involved in the ‘Toilets for the Country’ project. Canggu is being readied as an ideal destination for digital nomads with an emphasis on quality and sustainability.

The Berawa Toilet is the prototype for a nationwide program to create 1,000 high-quality toilets in leading tourism destinations such as Bali, Lake Toba, Mandalika, and Kupang. “The measure of progress and quality in many tourism villages is the quality of toilet facilities available to tourists,” said Sandiaga.

The village chief of Berawa, I Ketut Riana, told the press that Berawa Beach had been a designated tourism destination since 2005. Adding: “Our public relations and our local team proudly created the prototype ‘Toilets untuk Negeri.’ In the future, we hope to increase the number of tourists visiting Berawa Beach,” said Riana.

The Berawa Toilets are built to a high standard matching that found in starred hotels. Visitors are charged Rp. 5,000 to use the toilets via a cashless e-money card system. The same system will apply at the remaining 100 toilets planned nationwide by the ‘Toilet untuk Negeri’ initiative.