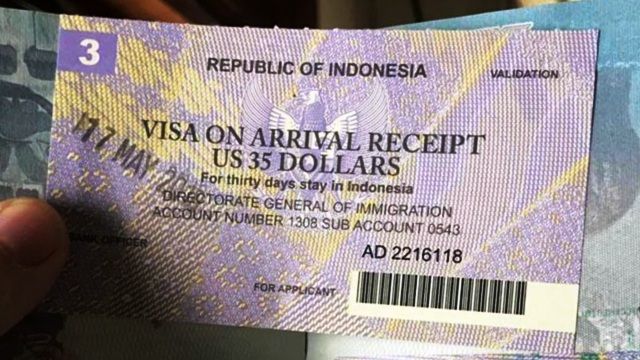 Reports in the local press of an imminent increase in the VOA fees triggered widespread opposition in Bali tourism circles who condemned the visa fee increase as inimical to current efforts to rebuild the local tourism industry.

Underlining reports of an increased VOA fee were baseless, Governor Koster said he had personally checked with the Minister of Law and Human Rights, who confirmed there were no plans to increase the VOA fee to Rp. 1,5 million. Adding, “This is untrue. This is a lie. Don’t believe it.”

Immigration officials at Bali’s Ngurah Rai International Airport report an upward trend in the number of travelers using the visa-on-arrival facility. Indonesia now extends the VOA facility to the citizens of 42 countries.

How to Obtain a B211A Visa for Indonesia

Making the Shift from Epidemic to Endemic

Towards Living Endemically with COVID-19

Indonesia Heads Toward an Endemic Future

Learning to Live Endemically with COVID

Living in a COVID-19 Endemic World