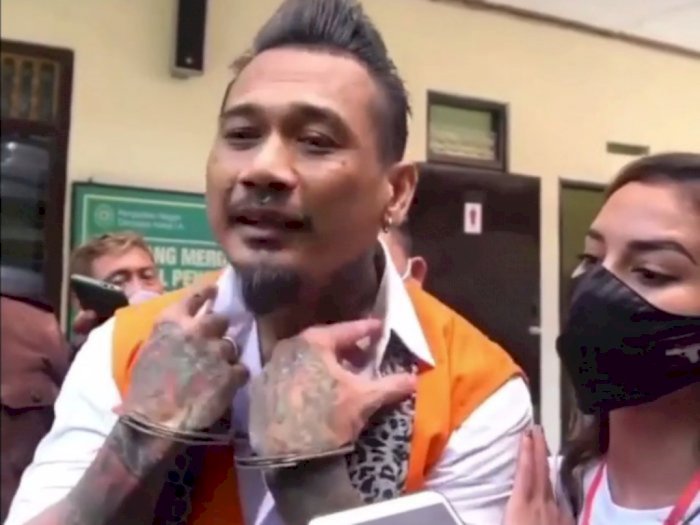 Just before the deadline passed on the seventh day after a Denpasar Court handed down a 14-month sentence for I Gede Ari Astina, the Bali punk rock musician – more popularly known as Jerinx_SID, State Prosecutors lodged a formal appeal on 26 November 2020 seeking to increase the punishment given to the 43-year-old man for committing defamation and hate speech.

As quoted by NusaBali, on Thursday, 26 November 2020, Luga Harlianto of the State Prosecutor Office in Bali said, “The presentation of our appeal today falls within the time limitation of 7 days of the verdict on 19 November 2020 as established under the law.”

In a press release issued by Prosecutors, the reasons given for seeking to increase the jail sentence of the musician was that Jerinx-SID had “wounded” the feelings of doctors and medical personnel by accusing the Indonesian Medical Association (IDI) of being “lackeys” (kacung) of the World Health Organization (WHO) in formulating COVID-19 screening requirements as they apply to expectant mothers.

Prosecutors believe that the 14-month sentence given to Jerinx offers an insufficient deterrent to others who are acting imprudently in their postings to social media. “Later, our complete considerations will be detailed in our written appeal. What’s clear, two main points entered into our thinking in filing the appeal: the public’s demand for justice, in this case, remains unsatisfied and the feelings that the 14-month prison sentence is insufficient as a deterrent for others,” said Luga.

Jerinx has been behind bars for more than three months since 12 August 2020 during the investigative and trial process. During the much-publicized trial, Prosecutors has sought the more severe sentence of 3 years in prison and a fine of Rp. 10 million.

Separately, RadarBali reports that before the filing of the appeal by State Prosecutors, Jerinx and his defense team had decided to accept the 14-month sentence and forgo the option of appealing the Court’s verdict.

Upon hearing of the Prosecutors’ plan to increase the sentence for his client, attorney I Wayan Gendo Suardana felt compelled to declare that Jerinx would immediately seek to match the prosecution and also appeal the Court’s decision and sentence.

During the original trial, Jerinx’s defense team depicted the Prosecutor’s case against their client as “manipulative, without legal basis, and with a tendency to be inconsequential.” Prosecutors were also accused of being “overconfident.”

Gendo said that Jerinx was originally prepared to accept the 14-month sentence and not appeal his sentence.

Gendo said the appeal process, compelled by the Prosecutor’s decision to launch an appeal, will allow Jerinx a chance to challenge an unjust verdict and defend the fundamental rights of free speech and expression. The appeal will also allow Jerinx to renew his defense of the importance of patients’ rights when treated by IDI members.

Gendo continues to be incarcerated at Police Headquarters in Denpasar, Bali awaiting his eventual transfer to the Kerobokan Prison in Bali.