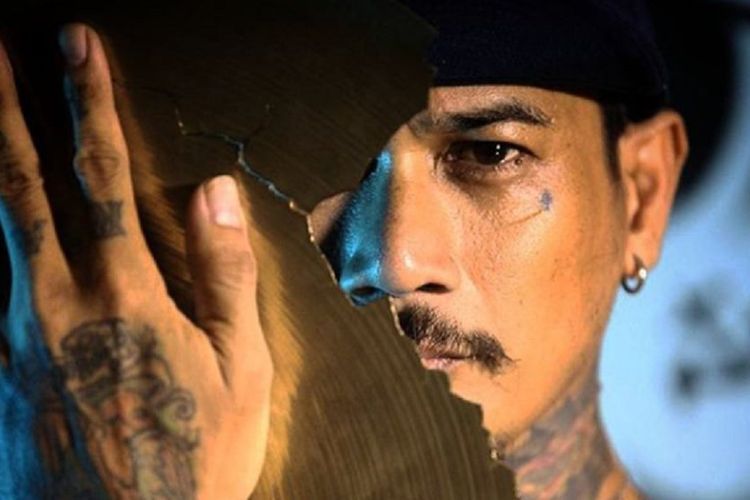 In the continuing trial of I Gede Ary Astina, more popularly known as Jerinx-SID, the punk rock musician asked the panel of judges to reconsider the sentencing demand of 4 years in prison requested by State Prosecutors.

Jerinx, 43, is the drummer for the punk rock group Superman is Dead.

Jerinx-SID is under trial for criminal charges of hate speech and defamation resulting from a criminal police complaint filed by the Indonesian Medical Association (IDI). They were the subject of social media postings by the well-known musician accusing the IDI of being “lackeys” of the WHO.

Pleading for leniency in any sentence imposed by the Court, Jerinx said: “If my actions are determined to be wrong, I ask for leniency in the final sentence. At this time, I am the only man in my household. If I am punished, let me be sentenced to house arrest.”

Jerinx also told the three-person panel of judges that he was prepared to receive the harshest of punishments without any additional legal proceeding if he subsequently repeats his criminal offense. He also took the opportunity to apologize to the Chief Prosecutor for, at one point, walking out of the Court Proceedings in protest for being tried online without the chance to face his accusers directly.

Jerinx told the Court that he hoped to be found not guilty or, at worse, sentenced to a probationary sentence served from his home.

Jerinx depicted the three-year sentence sought by the Prosecutor as misguided. He also challenged how Prosecutors could site his “walkout” from the online trial as a factor underlining his guilt. Adding: “The Walkout was done because the online proceeding was ineffective. I am also accused of causing public unrest, which public? Is there a survey to support this? What’s more, there have been actions of solidarity on my behalf and a petition signed by 180,000 people.”

In further mitigation and as reported by NusaBali, Jerinx told the Court that he is nearly 44 years of age and, before his arrest, was following a fertility program with his wife to produce a child. This would be his first child and fulfill his parents’ wishes, who are now more than 70 years old. Further imprisonment could jeopardize his plans for creating a family.

A separate final defense document of 290 pages was presented in summary to the Court by Jerinx’s lead attorney, Wayan ‘Gendo’ Suardana.

‘Gendo’ Suardana told the Court that the State Prosecutor’s demands for three years imprisonment and a fine of Rp. 10 million was extreme and without a legal basis. The well-known human rights and environmental attorney characterized the sentencing demand of State Prosecutors as little more than a “cut and paste” exercise lifted from the Bali Police investigation report. Adding: “The statement of expert linguist Wahyu Aji Wibowo, which the prosecutor quoted in his sentencing demands, was not taken from the Court proceedings but quoted from police statements.”

In his written defense before the Court, Gendo called on the panel judges to free Jerinx from all prosecutors’ charges. He insists that the charges against Jerinx were not conclusively proven. “In conclusion, the actions of the defendant were not hate speech, and were not used to attack or reduce the standing of the IDI. His comments were merely criticism,” said Gendo.

Jerinx has been in police custody since 12 August 2020. His evidence file was handed by police to State Prosecutors on 27 August and quickly passed to the Court on 03 September. The first hearing before the Court took place in a virtual online format on 09 October. At one point in the trial, complaining that they were being denied their right to confront their accusers directly and that the broadcast equipment used was faulty, Jerinx and his defense team walked out of the proceedings in protest.

The Court eventually ruled on 13 October that the trial could continue in a traditional face-to-face setting but steadfastly refused Jerinx’s request to be released from custody during the trial.

The Denpasar Court is expected to render its verdict in two weeks on or about 24 November.